Well, I returned late last night from my first adventure in reenacting. We were at the Old Bradford Pioneer Village and Museum, near Nashua, IA, which has the notoriety of being next to the well-known Little Brown Church in the Vale, which is was a popular hymn and later country song. I served in the ranks of the First South Carolina Infantry along with my friend and fellow graduate student Stuart Lawrence. Here is a Google Earth image of where we were:

The two-day event was awesome and we prevailed against the Union on the first day, while valiantly fighting hard against them the next day, only to fall due to several of us being killed (myself included). Sunday morning was quite cool, as we were treated to a pancake and sausage breakfast by members of the Little Brown Church, and later to a special Sunday service. Being in a church built during the war, wearing period clothing was really something.

In closing, I hope everyone interested in getting into reenacting gives it a try, as it is fun. I will leave you with some pictures from this weekend.

Pvt. Stuart Lawrence on the left. 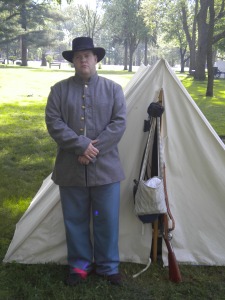 Yours truly in front of our tent.

Hanging out in camp before battle.

The Little Brown Church in the Vale 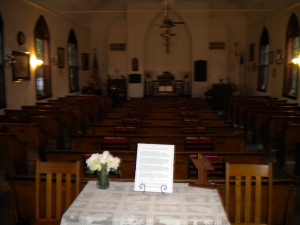 Inside the Little Brown Church from the back 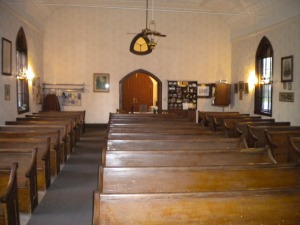 The Little Brown Church from the front

Stuart on the second day

Wearing my new vest and shirt on day two. I am wearing a neck wrap to protect my neck and ears from the sun at the time.

Getting some extra drilling in (I am second from right). 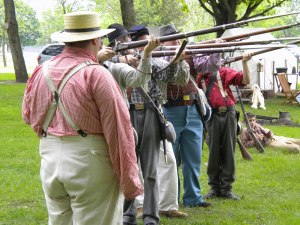 Ready to take down some Yankees.

On a side note, I will be presenting tomorrow evening at 7:00 PM at the E. Grand Forks, MN VFW for the second meeting of the Northern Plains Civil War Round Table on the subject of The Camp of Instruction and the Union Soldier. I hope you can make it out to this talk if you are in the Grand Forks area.